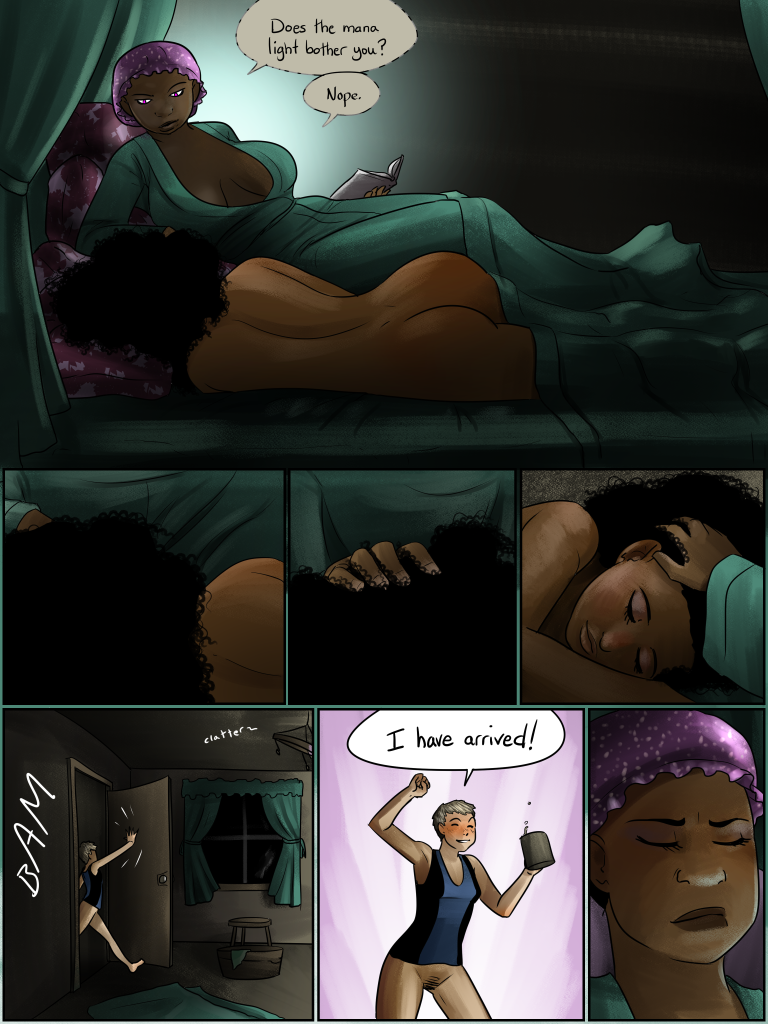 So she finally shows up. Her cunt bare and she thinks that's going to make it alright?


Last frame. Venne's expression says it. Will she tell Guin to fuck off? I would.

Guin is assigned to Venne by the guild isn't she?

And I wouldn't say that Venne's been disrespectful, She just isn't indulging Guin's desires, which she's not obligated to do. On the flip side, Venne clearly didn't want to deal with Lacey's group, but Guin started a row with them anyways.

I've been under the impression that Guin is jealous of Lacey, and Venne doesn't want to put up with it.
ShoShone 28th May 2020, 5:59 PM
edit delete reply

Lacey was never relevant. Never been anything happening there.

The ceiling's brightness by the window not matching the wall, aided by the thick line between them, makes it look like a prop wall inside a larger space. By the angles of single light source to viewer (flat wall bounces right out to observer, ceiling glances away), I'd leave out the border line and use a dark ceiling and lighting effects to show the transition.
That_One_Boi 29th May 2020, 3:02 PM
edit delete reply

first-time commenter, long time reader, here to say that I love your way with colors in your comics. You really know how to set a mood with them. Been following your comics for a while and they are always a treat, View!
view 29th May 2020, 3:16 PM
edit delete reply

You have come a long way with your colors.
They are really quite nice by now. 😁
Post a Comment