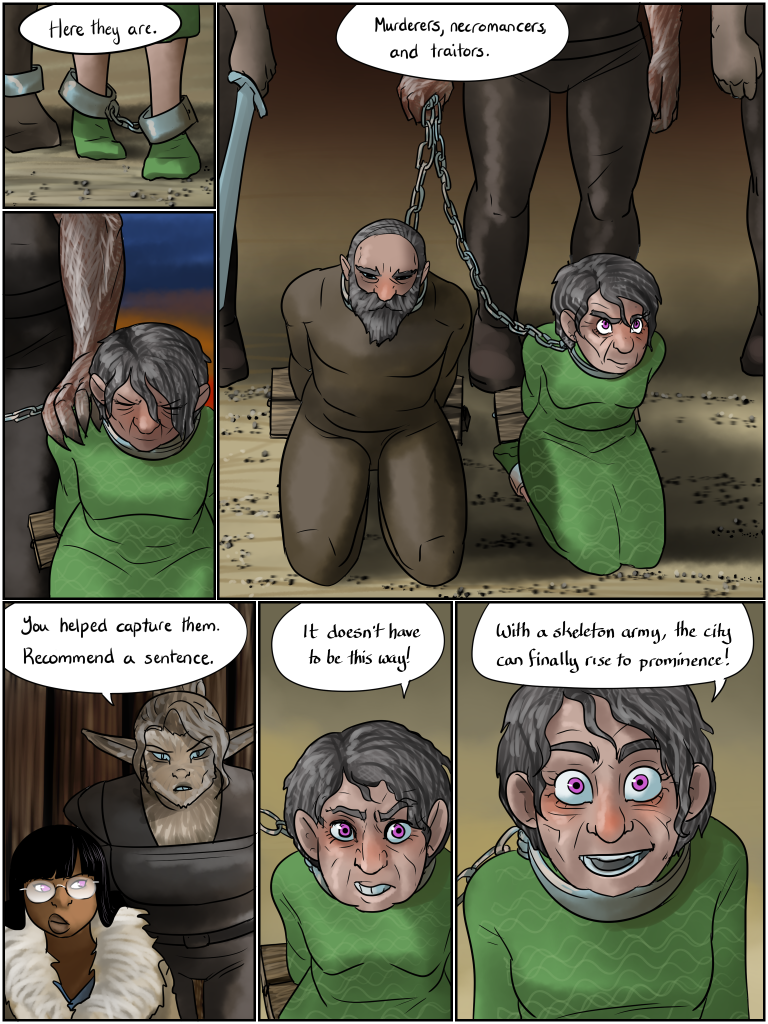 Most cities start to fail when their staffing reaches skeleton level!

"Hmm. Your ideas are intriguing to me and I wish to subscribe to your newsletter."
Sheela 13th Feb 2019, 8:16 PM
edit delete reply

Wrong pitch, that's certain. The hero never supports vainglorious enterprise. Now if she had said, "But we NEED the skeleton army to protect ourselves against the coming invasion!", that might have got some traction.
Sheela 14th Feb 2019, 12:48 PM
edit delete reply

Not to mention they were doing it hidden away from everyone … that doesn't exactly support a beneficial setup.

I once read a short story, where a kingdom is about to get steamrolled by a bunch of Orcs, and the local King suddenly get a request from a Necromancer that is locked up in his dungeons, "Set me free, and I will raise your entire cemetary as fighters to protect their very own offspring".

Now, despite the creepiness of it, it suddenly makes more sense, since they had lived and died for the city, they would not be against doing it once again.

And sure enough, some of them relish the opportunity to rise once again as skeletons and kill some orcs.
Some of them even got quite powerful, because they weren't opposed to be raised again.

It was an interesting twist, to an old problem.
Poor Orcs though, they didn't fare well !
chrystal_dark 14th Feb 2019, 2:22 PM
edit delete reply

Reason I asked was the no change on clothes.. that I would have expected...
Post a Comment