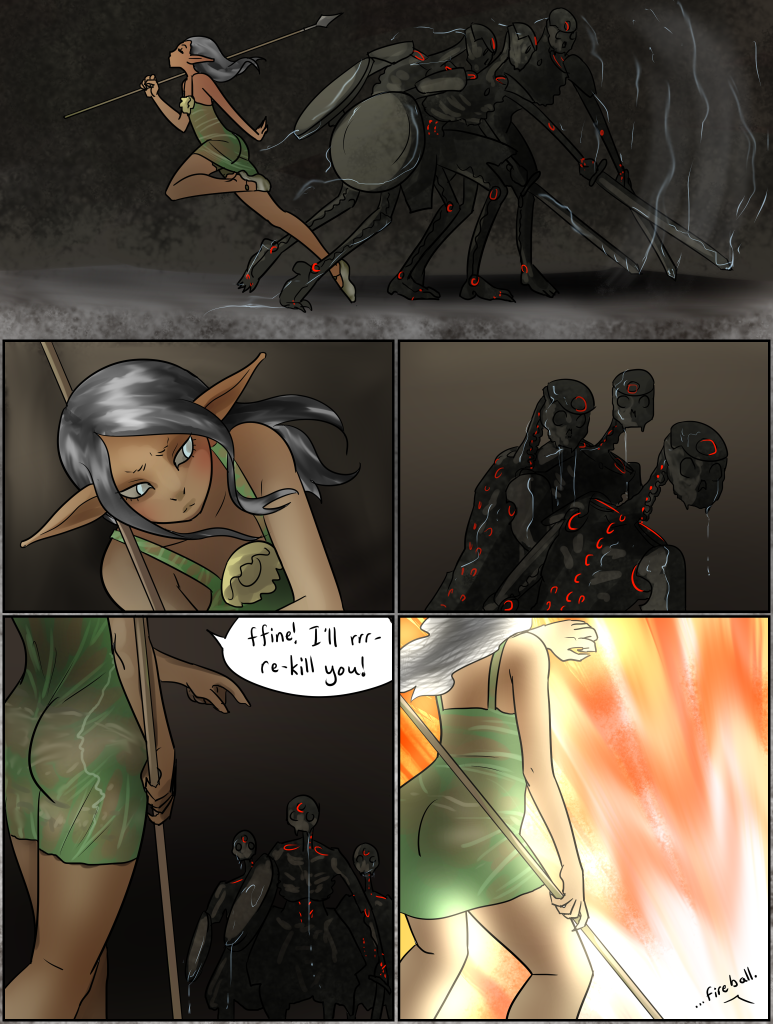 What exactly does Greybeard think he's doing, I wonder? Creating monsters and killing off ozoal & reanimating their skeletons. Is he planning on conquering the other kingdoms?
datora (Guest) 24th Nov 2018, 10:52 AM
edit delete reply
That effortless, elegant dodge in panel 1 is beautiful. It would take something quite impressive to eclipse that ...

I have to admit that I'm a bit surprised (in a good way) by this. On the previous page, I thought that Venne lingered and stopped casting "fireball" because the skeleton warriors were not attacking. Then again, I was a little bit worried about the (apparent) movements in the last panel of the previous page but because Lilly was acting so... innocently? I thought that there was no danger. And then this! Wow!

Wait... Ozoal skeletons... turning away from the magician who just flipped on a magic lighter, to attack the Ozoal girl? I think I just got an idea about what the mask-wearer is/was planning to do.
(I might be wrong because Lilli was also the only* one* standing* but I hereby decide that I will stick to my theory at least until next page!)

Lol that is awesome! RE-KILL them?! She is my favorite right now.
VKTHSU (Guest) 25th Nov 2018, 8:40 PM
edit delete reply
Is that a Lina Inverse lazy "Fi~ireba~all...." in the bottom corner of the fifth panel? Because is some awesomesauce to you oh View!~